Home Movies Best arthouse films on Netflix, for when you want your mind 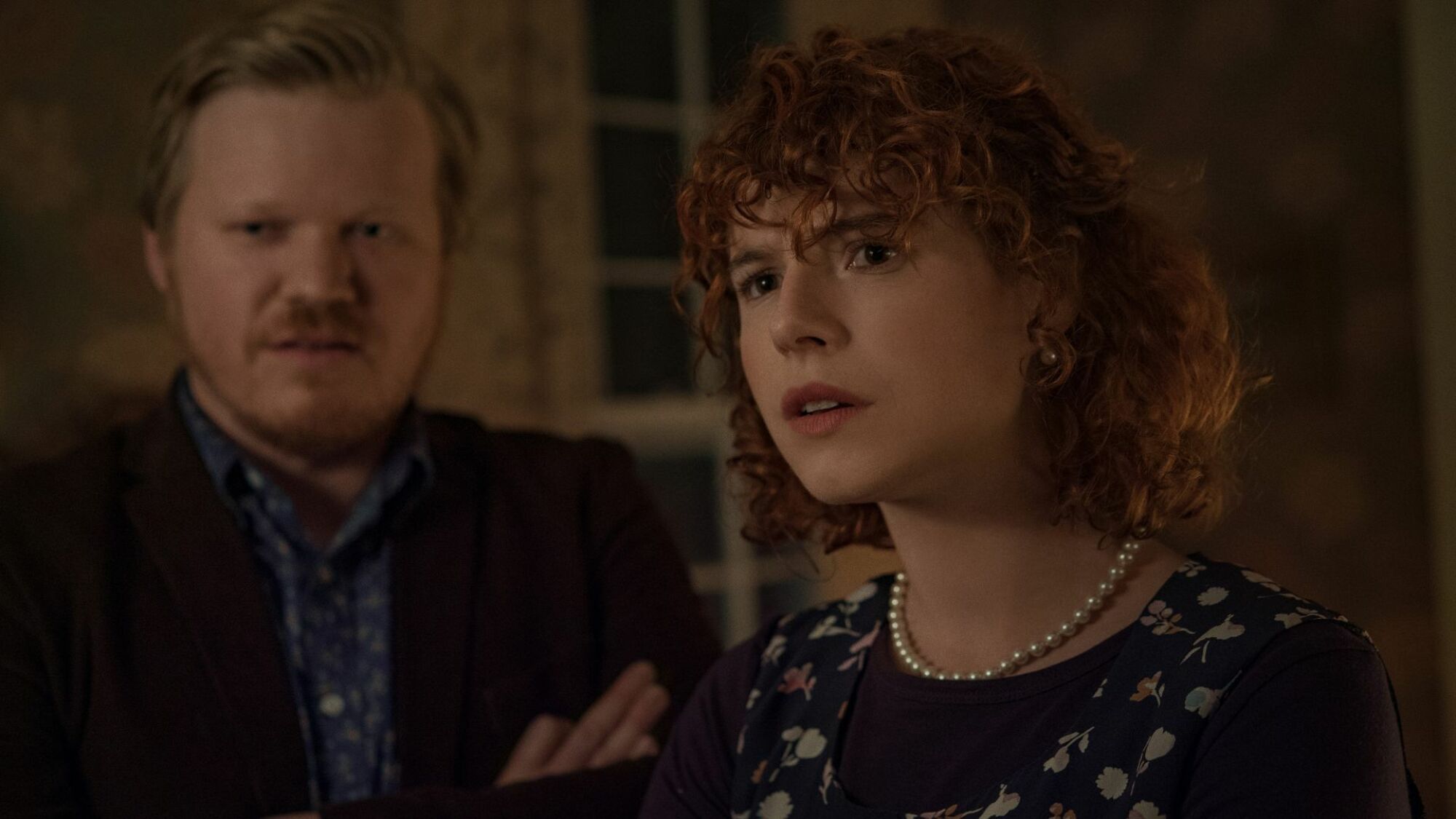 Even if you immediately dismiss the label of “arthouse” as something reserved for snobby cinephiles, I promise that you already love a handful of the movies under that categorization. So, what defines a film as “arthouse?”

In the most basic way, arthouse films are ones that aren’t made for the mainstream, like the Marvels and Disneys and mega franchises of the world. I won’t dare wade into the Marvel/Scorsese debate because yes, mainstream films can be artistic. But when we’re talking about arthouse, we’re talking about movies that push the limits of the traditional narrative form, that require deeper introspection, that take risks that favor expression over easy entertainment.

As Roger Ebert once wrote on art films, “These are films based on the close observation of behavior. They are not mechanical constructions of infinitesimal thrills. They depend on intelligence and empathy to be appreciated.”

Though Netflix may not be the first place you think of when looking for arthouse — as compared to The Criterion Channel or Mubi — the streamer does feature great options across their catalog. Here you’ll find films from a mix of genres that surprise, push boundaries, and evoke questions and emotions that’ll stay with you.

Strange, queasily uncomfortable, haunting at times, and beautifully complex, Charlie Kaufman’s latest mind-fuck is a film you simply can’t describe but must experience — and possibly a couple of times for it to really start to make sense.

This drama begins with a road trip narrated by Jessie Buckley’s unnamed heroine as she starts questioning her relationship with her new boyfriend Jake (Jesse Plemons). The two are on their way to meet Jake’s parents, played by a delightfully kooky David Thewlis and Toni Collette as another Masterfully Unhinged Mom. That’s really all you should know, as I’m Thinking of Ending Things is best entered blind.

Be warned, this movie is deeply surreal and confusing, and falls more on the Synecdoche; New York end of the Kaufman absurdism spectrum than the much more accessible Eternal Sunshine of the Spotless Mind. But if you’re willing to let go of traditional narrative expectations, then you’ll be rewarded with one of the best films in recent years and a pair of excellent performances from Buckley and Plemons.

Writer/director Isabel Sandoval’s Lingua Franca was one of the most exciting films of 2020, and it remains one of the best-hidden gems on Netflix. Distributed by Ava DuVernay’s ARRAY, the film evokes arthouse masters like Chantal Akerman, Wong Kar-wai, and Rainer Werner Fassbinder.

We follow Olivia (Sandoval), an undocumented Filipina trans woman, living in Brighton Beach, Brooklyn, as she tries to secure a green card via marriage and begins falling for a potential suitor, a cis man. Unlike the majority — if not the entirety — of film history’s portrayal of trans women, Lingua Franca brims with quiet subtlety and authenticity when it comes to depicting trans life, from a dilation scene to Olivia’s sweet friendship with her fellow Filipina trans sister (Ivory Aquino). To see a trans character years into her transition, embracing sensuality, navigating romance, and full of complexity is a testament to the power of filmmaking from a trans perspective.

12 of the best movies by Asian creators on Netflix

3. Sorry To Bother You

There really is nothing like Sorry To Bother You, which is a damn rare thing to say about a film these days. Writer/director Boots Riley’s 2018 comedy remains one of the most unique visions, both in style and in social commentary, that we’ve seen in years.

A blistering satire about a Black telemarketer (LaKeith Stanfield) who soars to success at work by using his “white voice,” Sorry To Bother You is as funny as it is outrageously surreal. It’s also horrifying in the way Riley so acutely captures the reality of living under capitalism and white supremacy. If you enjoyed the surrealist social commentary of Atlanta Season 3 and can get on board with a movie that’s unafraid to go fully off the rails, please treat yourself to Sorry To Bother You ASAP.

A quiet, black-and-white chamber piece, Blue Jay is as simple and unassuming as romance dramas come. While Jim (Mark Duplass) is visiting his small, mountain-nested hometown, he bumps into his old high school girlfriend Amanda (Sarah Paulson). The two grab coffee, catch up, and then spend the rest of the evening drinking and reminiscing over old memories. But just as soon as the chemistry between them sparks again, so do painful recollections over why they broke up in the first place.

Director Alex Lehmann’s film has a free-flowing, loose energy to it. And the dialogue — largely improvised by Duplass and Paulson — lends Blue Jay a breezy authenticity. It feels just what you’d imagine catching up with a past love would be like years later, full of laughs, sweetness, and old hurt. 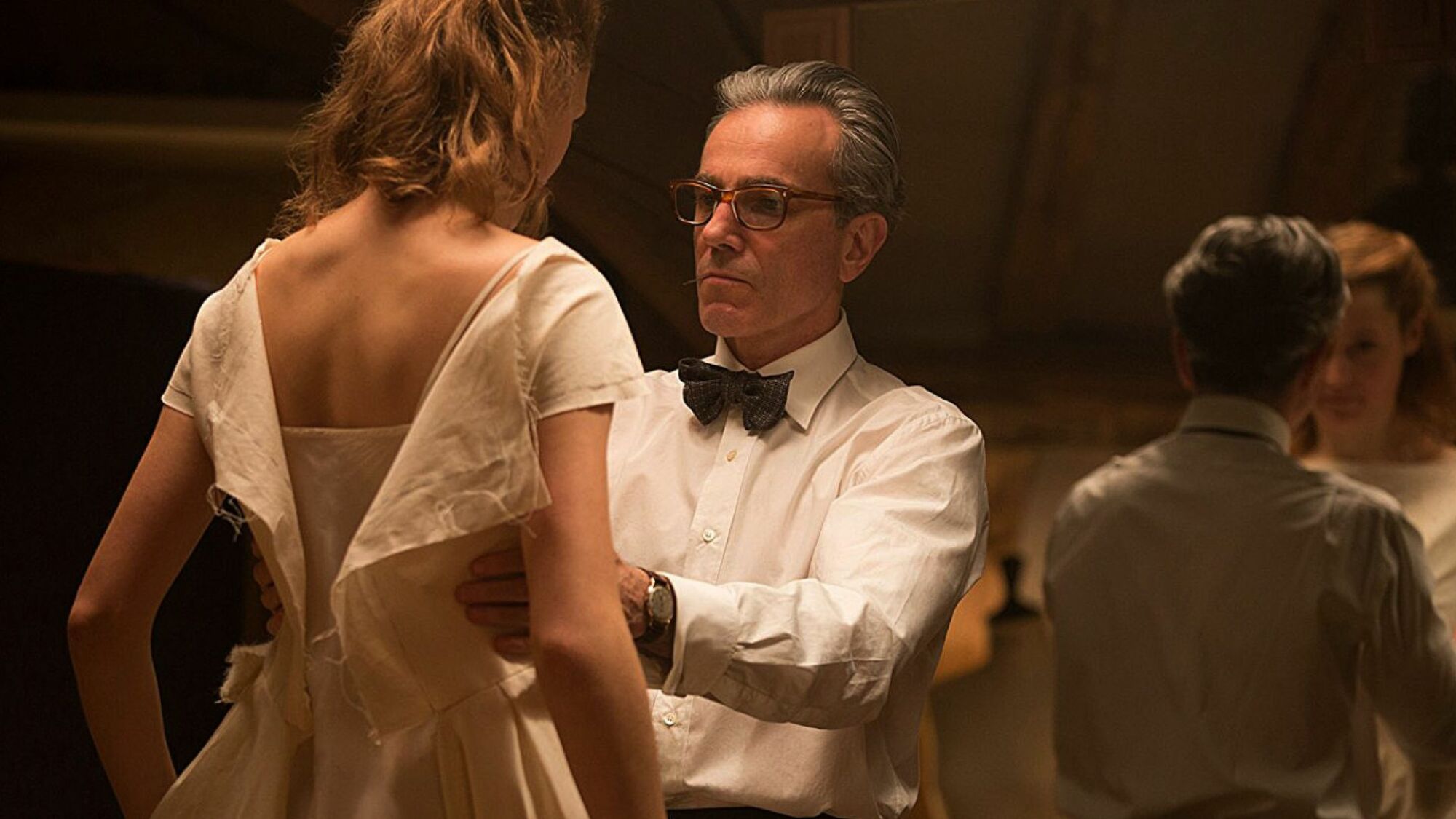 Sometimes you’re in the mood for an arthouse film about romance, but nothing too austere or self-serious. You’d like some humor, melodrama, and perhaps a twist that upends genre expectations. My friends, please meet Phantom Thread, a deliciously fucked-up romantic comedy, ready to satisfy all your needs.

Writer/director Paul Thomas Anderson’s movie about a famed dressmaker (Daniel Day-Lewis) pursuing a young waitress (Vicky Krieps) may seem at first like another portrait of a destructive male genius. But it’s actually about the delight of watching a woman take that man down a few pegs. It’s a film where Day-Lewis plays a dom who realizes he loves being a bottom.

Phantom Thread is hilarious, it’s a visual feast. It’s ridiculously quotable, and it’s got a sumptuous score from Jonny Greenwood that only improves on repeat. 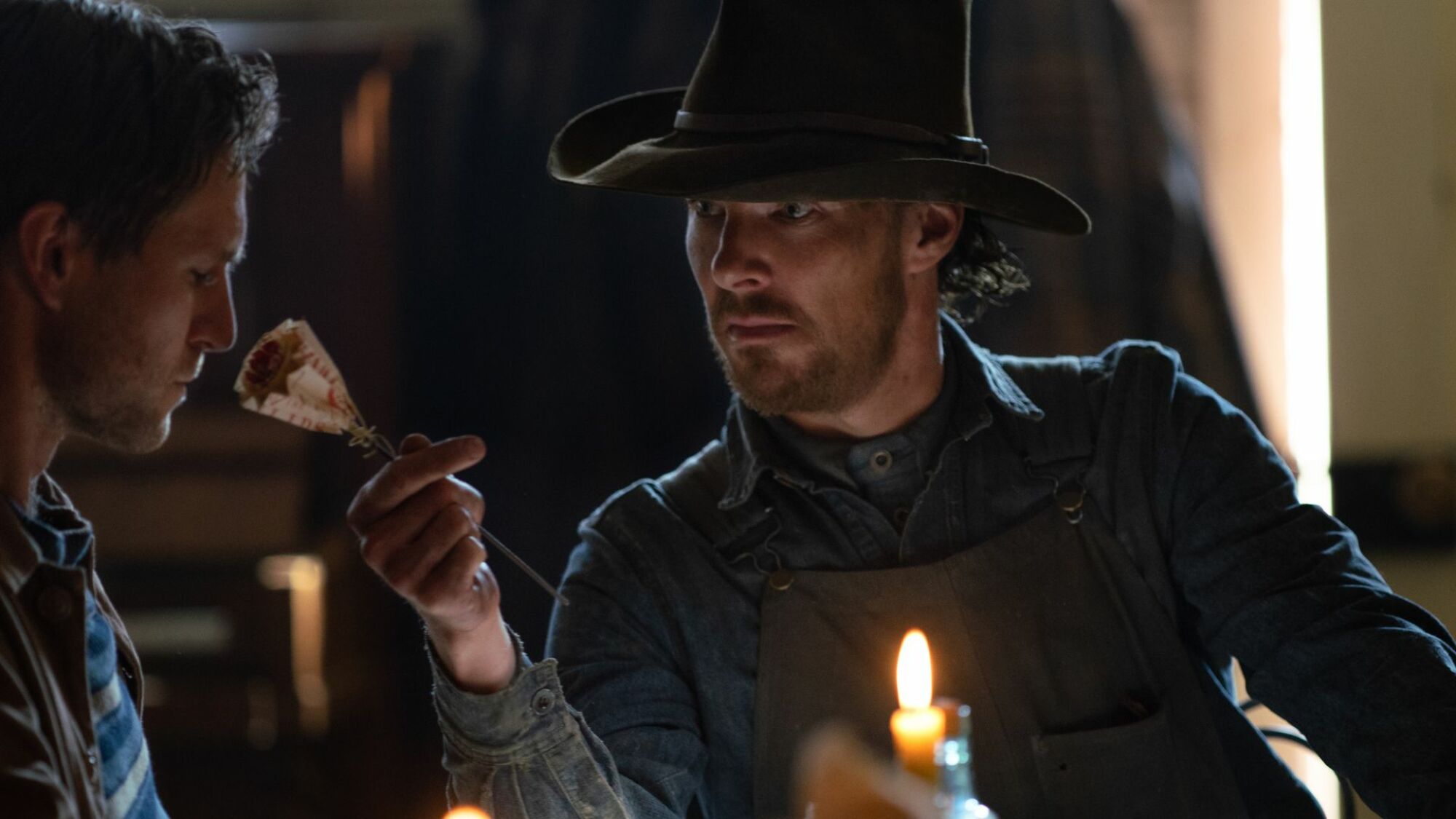 Given Netflix’s growing investment in mindless big-budget A-list mainstream fare, Jane Campion’s latest is probably the closest thing this studio will ever get to producing phenomenal arthouse filmmaking.

Alongside Netflix’s most popular originals, The Power of the Dog is a startling outlier. This psychosexual Western period piece about a sexually repressed cowboy is a slow-burn thriller that begs the audience to pay close attention, to invest in the world of Campion’s complex characters, and to submit to its steadily-growing frenetic tension.

Benedict Cumberbatch does some of his best work to date as the hyper-macho ranch hand Phil Burbank, a man who makes it a sport to psychologically terrorize his brother’s (an excellently gentle Jesse Plemons) new wife Rose (a best-ever and Oscar-snubbed Kirsten Dunst). Campion thankfully was honored with a long-overdue Best Director Oscar for Power of the Dog and it’s easy to see why. Every frame of the film is imbued with meaning and purpose. It’s a shame most people will experience The Power of the Dog on their laptop or TV. But on the flip side, it’s a gift that such a brilliant film can be discovered by curious audiences who may never have given it a shot at a theater in the first place.

‘Spiderhead’ review: Is this what Netflix considers worthwhile watching? 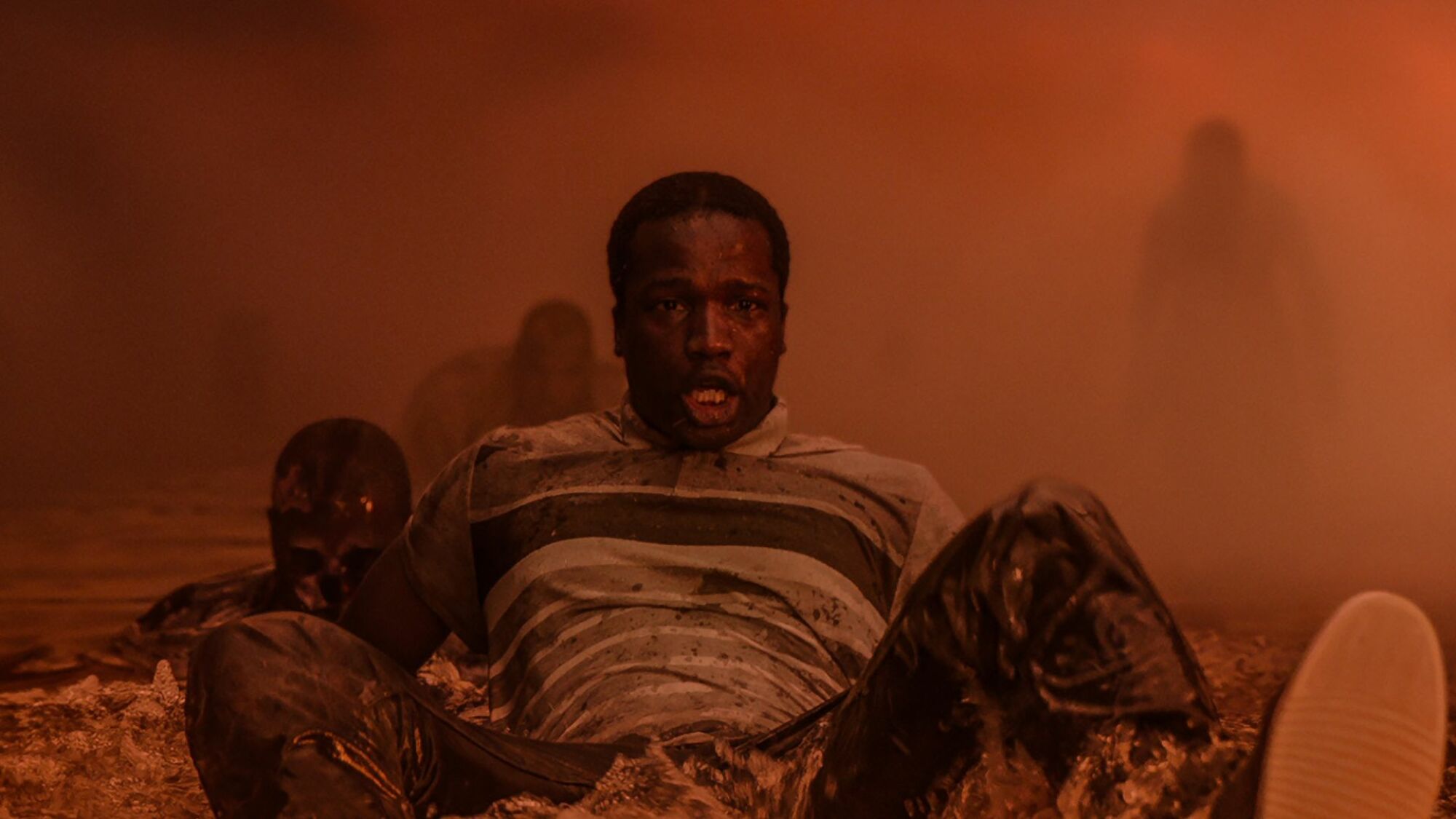 Tapping into horror’s long history of exploring social issues through scary stories, Remi Weekes’s His House brilliantly uses the classic haunted house set-up to explore the anxieties and trauma of the immigrant experience. Plus, it’s one of the best and most under-discussed horror films of the last few years.

This horror thriller follows two Sudanese refugees, Bol (Sope Dirisu) and Rial (Wunmi Mosaku), who escape to Britain only to be faced with more nightmares. Living in dilapidated private housing, the two begin to witness haunting visions within their new home.

In Weekes’ impressive debut feature, he crafts an eerie atmosphere thick with dread, and the supernatural spooks are genuinely disturbing. What makes His House more than just a well-crafted horror movie are Dirisu and Mosaku’s performances. The two make their character’s bone-deep grief and terror palpable, showing us that His House isn’t simply a ghost story, but a nightmare about the ways trauma manifests into the ghosts that follow us.

Discussing arthouse on Netflix becomes increasingly difficult when you consider the fact that the streamer infamously hosts few titles of early cinema, and even less early international arthouse. Thankfully, the addition of Egyptian filmmaker Youssef Chahine’s work last year brought some classic Arabic cinema to the platform. Cairo Station is a great place to start, a dramatic thriller that blends Italian neorealism with Hitchcockian suspense.

Set at the titular train station over the course of a day, the film follows Qinawi, a disabled homeless man (played by Chahine), who develops a dangerous fixation on a local soda salesgirl, who turns him down repeatedly. Essentially, Cairo Station is about an incel who loses it when he can’t get the girl. I know, we don’t need that story. But what’s most interesting is the fact this film — one that scratches the surface of exploring male voyeurism, toxic masculinity, and the sudden violence that can arise from such behavior — came out in 1958. Qinawi is somewhere between Psycho’s Norman Bates and Taxi Driver‘s Travis Bickle, and it’s fascinating to see elements of both years before their time on the silver screen.

You may remember Raw as the film that made people literally faint in the theater during the 2016 Toronto International Film Festival. Sometimes early festival hype can be exaggerated, but the French horror film lives up to the buzz.

Written and directed by Julia Ducournau — who most recently shocked audiences again with the highly divisive Titane — Raw is about a young vegetarian woman, who arrives at college and suddenly develops an insatiable craving for meat — human meat.

While Raw is definitely not a movie you want to watch with dinner, it’s no Eli Roth cannibal film. This is an arthouse list after all! Justine’s (Garance Marillier) obsessive craving for flesh is both stomach-churning and mesmerizing in a way that forces you to keep looking (even if through your fingers). It’s not merely superfluous gore for shocks. Ducournau uses her coming-of-age horror story as a metaphor for budding, ravenous female sexuality and the animalistic urges that threaten to completely take over. In short, it’s savage and sensational. 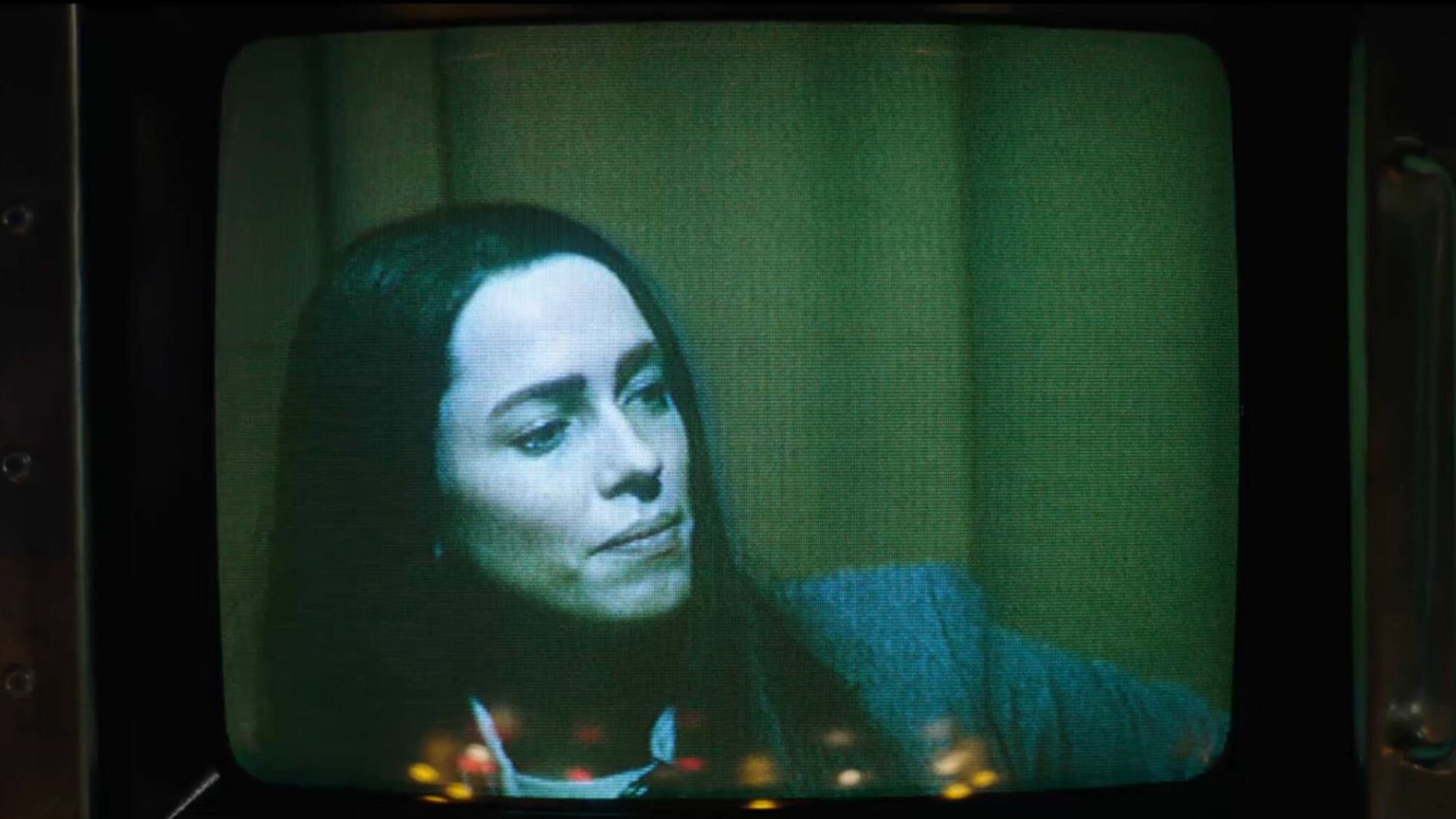 Antonio Campos’s Christine is far from a light film (content warning for suicide). This deeply unsettling biopic is a fascinating attempt to examine a real-life tragedy.

On July 15, 1974, Florida newscaster Christine Chubbuck ended her live-broadcast segment by pulling out a handgun and fatally shooting herself in the head. Campos’ Christine depicts the events in the 29-year-old woman’s life leading up to the horrific on-screen suicide. In the title role, Rebecca Hall reveals the newscaster’s crippling depression and loneliness as well as the difficulties a woman in the ‘70s faced within this male-centric industry. Hall is both explosive and quietly deteriorating as she brings the harrowing interiority of the character to the surface across her face.

Campos’s approach to Chubback’s story is certainly open to critique and raises questions over whether the film itself is — and even us as the viewers are — exploiting the tragedy and sensationalizing it further. But wherever you fall on that debate, Christine is undoubtedly worth watching for Hall’s performance alone.