Home Movies Netflix’s The Sea Beast, Everything Everywhere, and 15 more 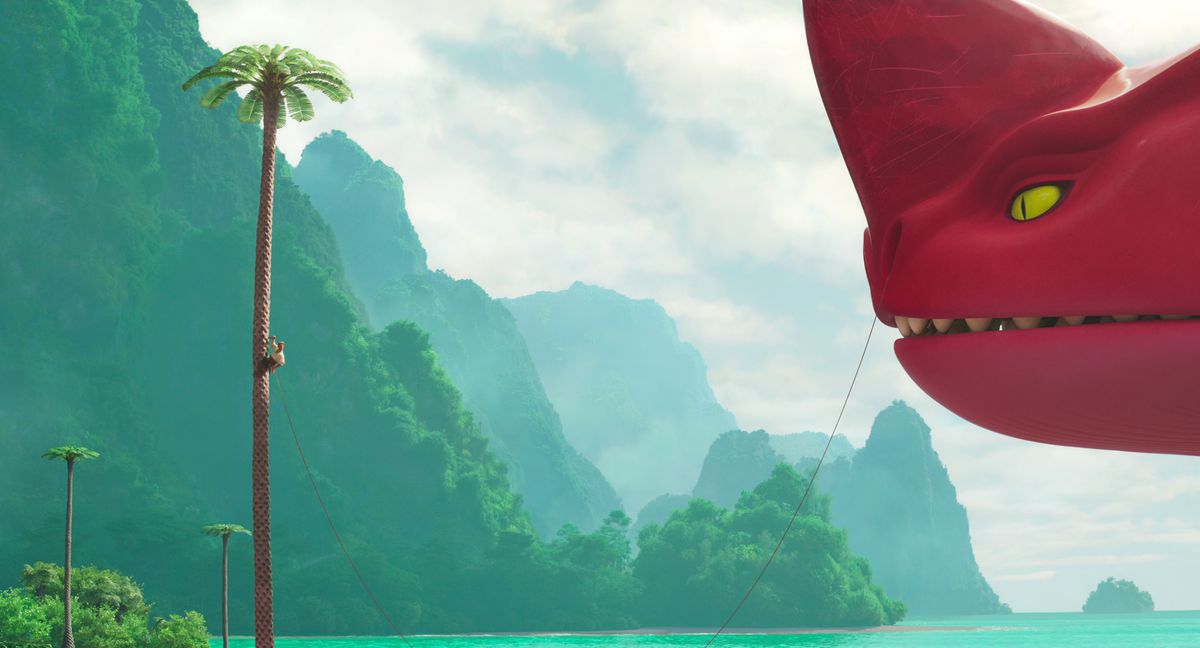 This week has a ton of new movies available for you to watch at home, including a half-dozen Netflix originals, new Shudder and Mubi movies, and a group of movies either newly available on VOD or at a reduced price.

Among the Netflix offerings is the animated comedy adventure The Sea Beast, from the co-director of Big Hero 6 and Moana. There’s also the highly acclaimed Everything Everywhere All at Once at a reduced rental price, a Thai rom-com slacker comedy, and a new documentary about legendary Australian musician (and screenwriter!) Nick Cave from director Andrew Dominik (Killing Them Softly).

Here are the new movies you can watch at home this week.

Set in a world where fearsome monsters rule the seas and brave sailors hunt them, Moana co-director Chris Williams’ The Sea Beast follows a brave monster hunter named Jacob (Karl Urban) who is forced to take care of a young girl named Maisie (Zaris-Angel Hator) who stows away on his ship.

The Sea Beast offers several breaks from tedious recent trends in animation. The dialogue is written and performed in a vernacular that reaches for a kind of offhand, English-accented poetry — the sea beasts, for example, are described as “nature’s darkest design.” Though the language doesn’t always hit the mark, it’s almost completely free of tinny sarcasm and faux-comic placeholders. (“Awkward!” “Well, that happened,” and the like.) Similarly, the grandeur of the movie’s strongest visuals is allowed to stand on its own, favoring painterly compositions of the ocean’s frightening vastness over busy, desperate-to-please antics.

Everything Everywhere All at Once

Where to watch: Available to rent for $5.99 on Amazon, Apple, and Vudu

Hong Kong film legend Michelle Yeoh stars in Everything Everywhere All at Once, the second feature from Swiss Army Man directors Daniel Kwan and Daniel Scheinert, as Evelyn, an aging laundromat owner trying to file her taxes while maintaining her strained relationship with her daughter, Joy (Stephanie Hsu), and husband, Waymond (Ke Huy Quan). After being approached by an alternate universe version of her husband, Evelyn must embark on a mission to save the multiverse and repair her fractured family.

In spite of a long series of Matrix sequels and re-quels, ripoffs and copycats, this is the first movie that authentically feels as surprising, daring, and outright game-changing as the Wachowskis’ 1999 original. The special effects, with that kaleidoscopic approach to shifting forms, look as radical now as bullet time was when it first arrived. The movie’s heady deconstructive philosophy of the universe feels as ambitious and radical as The Matrix’s Gnostic take on reality did back then. And the martial-arts combat, carefully positioned between impressively choreographed and openly silly, feels as radical as it ever has in a Jackie Chan or Woo-Ping Yuen choreographed fight.

The Thai rom-com slacker comedy Fast & Feel Love follows Kao (Nat Kitcharit), a 30-year-old professional sport stacker who, after being dumped by his longtime girlfriend (Urassaya Sperbund), is forced to learn basic adult skills in order to fend for himself and win back her heart.

Hello, Goodbye, and Everything in Between

High school sweethearts Clare (Talia Ryder) and Aidan (Jordan Fisher) make a pact to break up before college, spending their last evening together on one final date. But as the two reminisce over their time and growth together, one question persists: Should they really break up, or should they stick it out together?

You like Cruel Intentions? You’ll probably like Dangerous Liaisons. Another modern adaptation of Pierre Choderlos de Laclos’ 1782 epistolary novel, the film follows the story of Célène (Paola Locatelli), a book-smart high school student who falls for Tristan (Simon Rérolle), a bad boy who unbeknownst to her is only dating her as part of bet he’s made with his stepsister, Vanessa (Ella Pellegrini). As their relationship progresses, Tristan is faced with the choice to either break Célène’s heart or defy Vanessa and grow as a person.

This found-footage movie has been the highest grossing film in Taiwan this year and follows a mom trying to save her daughter from a deadly curse.

This South African drama is about two women, one a photographer, who spark a connection and painful memories when they both visit the memorial of a tragedy.

Where to watch: Available to rent for $4.99 on Amazon, Apple, and Vudu

This crime thriller is the feature debut for writer-director-actor Seth McTigue. A man hires a group of criminals to fake kidnap his brother, but when they go rogue and have plans of their own, things start to spiral out of control.

This Much I Know to Be True

Where to watch: Available to stream on Mubi

Director Andrew Dominik (Killing Them Softly, The Assassination of Jesse James by the Coward Robert Ford) previously worked with Nick Cave and his bandmate Warren Ellis on the 2016 documentary One More Time With Feeling. This follow-up focuses on the friendship between the two artists, who also contributed to the music on Dominik’s upcoming Marilyn Monroe movie Blonde.

On the 3rd Day

Where to watch: Available to stream on Shudder

A feature debut from director Daniel de la Vega, this Shudder original is a horror movie about a woman looking for her missing son and also trying to recover missing and broken memories.

Dreaming Walls: Inside the Chelsea Hotel

Where to watch: Available to rent for $6.99 on Amazon and Vudu

This documentary takes an inside look at the famous Chelsea Hotel and the people still living there in the midst of its large-scale renovation into an expensive hotel.

Where to watch: Available to rent for $5.99 on Amazon, Apple, and Vudu

Liam Neeson stars in the 2022 action thriller Memory as Alex Lewis, an expert assassin with a reputation for surgical precision. When Alex refuses to complete an assignment that goes against his moral code, he’ll have to embark on a mission to kill the people who hired him before they kill him, all while eluding the pursuit of the FBI.

Memory is not Liam Neeson’s final action film, and it won’t be the one that defines him. But it’s worth considering as his tenure of mannered cinematic vengeance slowly comes to a close. In this case, it’s with a character suddenly attempting to atone for the man he’s been, right before his own history evaporates from his mind. It isn’t terribly convincing — even though Alex Lewis confesses that he’s been a bad guy, Memory is still built around the thrill of seeing that bad guy unleashed. There is little that suggests Alex Lewis is all that different from Bryan in the Taken movies, or any of Neeson’s other violent avatars. It’s worth remembering this era of cinema, and everything it says about specifically male fantasies and male rage. But it isn’t necessarily worth remembering Memory itself.

The Road to Galena

Where to watch: Available to rent for $6.99 on Amazon and Vudu

Writer-director Joe Hall’s feature debut follows a man who has it all but leaves it all behind to work as a lawyer in Washington, D.C., before facing yet another life-changing decision.

Where to watch: Available to rent for $2.99 on Amazon, Apple, and Vudu

A graduate student moves into an infamous haunted house and messes around with alternate dimensions. Things get spooky.

Where to watch: Available to rent for $3.99 on Amazon, Google Play, and Vudu

A small-town cop is looking over a recently deceased person until the family can pick up the body, but he accidentally summons evil supernatural forces.

Where to watch: Available to rent for $3.99 on Amazon, Google Play, and Vudu

This movie follows a group of people whose job is to clean up after crime scenes. At their latest murder site, an ancient Nordic demon terrorizes and terrifies them in this horror movie.

Where to watch: Available to rent for $5.99 on Amazon and Vudu

This horror movie is the feature debut of director Mark Meir and follows two powerful couples who go to a self-help retreat only to find it is the location where their ancestors have saddled them with a spiritual debt.